See also: Where Adam and Eve saved   The deception of Calvinism

The concept of casual determinism is no new debate. Fate. A predetermined life in which we have no choice. 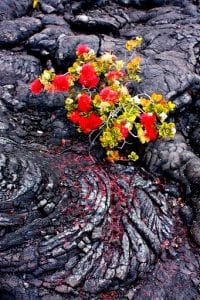 Is our life dictated solely by extrinsic motivation? The argument whether or not biological, physiological and religious constraints dictate our actions has been kicked back and forth on the metaphysical field between supporters and detractors for centuries with cheerleaders leaping up and down on both sidelines. What the unbelieving heart professes is of no consequence to me with the exception of when Christians attempt to inject it into scripture. This relates therefore to the ability of individuals to choose Gods grace, or reject Him.

Did Adam have the ability to choose? Did Adam have the capacity and information necessary to make an informed choice on obeying God’s command, “Do not eat”…  Capacity, perhaps. Information, no. Prior to consumption of the fruit from the tree of knowledge, there was no knowledge of good and evil. What Adam and Eve had was an edict, a command with no explanation other than “you will die,” a concept he had no reference for. The fact is he was not then struck down, that did not occur until the age of 930.

Free will, Free agency. Does the free agent exercise free will? Does the agent have a specific faculty of will? Does causal determinism strictly exclude free will, or does it allow for partial free will?

This is relative as it pertains to, “how one is saved?” The freedom to choose to act or not is not determined by the ability nor the casual inability to act. The will is fulfilled by the determination to act. We are addressing the will, not the action. The inability to walk does not negate the determination to do so. We are discussing a relationship with God, not the decision to walk the dog or not, regardless of being incapacitated physically or prevented by external factors inhibiting physical action. We do not “wrestle against flesh and blood”. We are discussing FAITH. ‘If a man looks upon a woman with lust, he has committed adultery in his heart’.

Free agents have the faculties of intellect and will. The intellect/rational faculty cognates, as a result the intellect presents various options to the will as to a course of action. If Adam had the capacity to choose adherence to Gods edict, he certainly had the option to choose disobedience. Some may argue from a position that free will and free agency are separate and independent states, they are nondetachable. The agent responds and makes a decision based on the best information available, that decision within itself is an act of will. Some may assert a completely neutral heart as a prerequisite for making any decision of will. If indifference, lack of preference or bias are required attributes for the exercise of free will, human nature is replete with them.

God and Adam spent time walking in the garden. After an indeterminate amount of time as Adam had the task of giving names to all the animals, God must have noticed in Adam a pensive demeanor and recognized the loneliness for ones kind. “It is not good for man to be alone”. Adam must have in his heart and mind, in his bones, so to speak, felt something missing. These internal reflections even without the benefit of any definitive concept of what a woman, a helper, a human friend would be like, were affecting his happiness even in the presence of the Almighty.

It is interesting to note here that God, for His own good pleasure, desired the companionship of man. Apparently man exhibited an innate predisposition for human companionship also. We see that inherent in the nature of man, despite the walks in a perfect garden and his personal relationship with God, Adam had the desire for fellowship with his “kind”.

The command was given to Adam not to eat from the tree. The serpent targeted Eve. Was Adams choice to disobey God, an act of free will, or was it imprinted in his genome? Is God simply a puppet master? Of course not. Was the cause of his disobedience an overwhelming desire to please this magnificently enthralling creature an unavoidable response? (This was Eve, personally created by the Lord God, not some toad spewing primordial muck through pursed toad lips, wearily dragging herself out of ancient slime, envisioning a future in which she would evolve into a beautiful princess worthy of such a man.) Or, was he simply interested in the fruit itself? Was it doubt, as to whether any harsh or lasting consequences would be forthcoming? Did he choose lovely Eve and some forbidden fruit in the perfect garden setting, or did he have no choice at all? No autonomy.

Those who assert the principal of causal determinism, or Calvinism have no option but to proclaim his innocence for he was simply a small twig caught in the cascading currents of time. If so, why judge him harshly, or at all. Adam could have done no differently. He was predestined to fail. Not so. He was built with the ability to choose, and the Maker knew only one person would ever live a faultless life. If he was indeed innocent, why was he punished? Perhaps it really just a setup? A setup essential for the perfecting of the saints. The Lamb being slain before the foundations of the earth. Was it an essential process for the sanctification of the saints? Given that, “He (Christ) was chosen before the creation of the world, but was revealed in these last times for your sake.” 1 Peter, 1:20  And, “The lamb was slain before the foundations of the earth.” God foresaw the plot of Satan and made provision for it. The only other option is to believe that Satan outfoxed God. Didn’t happen.

Abraham was the father of a nation and many of his progeny are/were lost. Adam is the father of humankind. Is he culpable, responsible for the fallen condition of all men? Scripture says he is, yet I contend he was simply the man on the spot, and any man would have transgressed on some issue. Failed to dot an i. If before eating of the tree of the knowledge of good and evil, he was held accountable for breaking a law, was this action the resulting banishment, cursed earth, pain in childbirth a precursor to the Law? Prior to the law there was no breaking of the law, yet men were judged and destroyed. What it gets down to is this, Do we have a choice?

We find that in the centuries prior to the law some men pleased God. They had the desire to know, believe and serve God without the need for written rules. We find that in Romans some still may. They have a law within themselves. Romans, 2:14

The idea that free agency and free will, provide within themselves adequate separation of purpose to constitute different entities is an exercise in a futile and never ending debate in semantics. Free will does not exist without the agent, and the agent, made in the image of God, cannot exist without free will. He is reduced to life as a zombie android. A cheap, plastic wind up toy, bouncing off the interior walls of a puppet masters cardboard box as the wagon rattles along.

God cannot lie, His record states He chose to create in His image, man with free agency. The directive, “Do not eat this fruit” presupposes Adam has the option of eating it. Gods will is evidenced in His decision to create man despite the foreknowledge that Adam would fail. Adam made a choice. Our God is the driving constant in the lives of His children, yet who among us has not made poor choices?

The call has gone out. Attendance is free. Many have heard the call. The acceptable response is to accept. I believe we have a choice, to embrace grace. To allow the Spirit of God to graft us onto the root, the foundation of our faith that we may produce His fruit. “That He might make known the riches of His glory on the vessels of mercy, which he had afore prepared unto glory.” Romans 9:23

If God is not willing that any should perish, then apparently He is not exerting His will over his creation.

He is loving, supporting.

He has offered Himself as a bridge, giving His Son.

But, He is not forcing.

“Verily, verily, I say unto you, He that heareth my word, and believeth on him that sent me, hath everlasting life, and shall not come into condemnation; but is passed from death unto life.”

He owns the destination. He determined the course. Paved the way, has first aid stations everywhere you would possibly need one. He paid the entry fee. Will carry you when you fall, Shield you from attack and open escape route, encourage, support, comfort,, defend love and never leave you. There are some who rightfully argue, “God knew/knows a mans/Adams existence prior to his life and death.” True, yet the ability to choose Him, is an integral aspect of Adams perfection.  God had a plan of redemption before creation. This fact is evidence of His love for His creation. And, His desire for reason and communion with mankind. He desired true love, not slavish, sycophantic behavior, enough to make the ultimate sacrifice while mankind yet remained a concept.

You must believe and have faith to recognize Him. Trust, repent, turn from self control and hand over the reins. True love requires the choice, the desire to know, to commune and walk as brothers of the Son, with our Maker.

Casual determinism is a philosophy the worlds scholars have kicked back and forth for centuries and with advances in science it will gain in popularity. “It’s not my fault, It’s just the way I’m wired.” Scripture tells us there will be no excuse. “For since the creation of the world God’s invisible qualities, His eternal power and divine nature, have been clearly seen, being understood from His workmanship, so that men are without excuse. Romans, 1:20

We can kick predestination around till Christ returns and those who believe we have no free will and chose God will enter right along with those who choose to love serve and thank Christ for His overwhelming support and work in our hearts will be there right alongside them,. Because we all make that choice every day by the grace of God.

Adam and Eve and Free Will

Are we in the image of God

The Deception Of Calvinism

Were Adam and Eve saved

Time, Creation and the big Bang

The Fear of the Lord

The rich man and Lazarus a parable?

Is Peter the foundation of Church