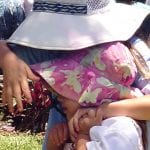 Kohala is the oldest of five volcanoes that make up the island of Hawaii. Kohala is an estimated one million years old—so old that it experienced, and recorded, a reversal of magnetic field 780,000 years ago. It is believed to have breached sea level more than 500,000 years ago and to have last erupted 120,000 years ago.

Kohala is 234 sq mi in area and thus constitutes just under 6% of the island of Hawaii. Because it is so far from the nearest major landmass, the ecosystem of Kohala has experienced the phenomenon of geographic isolation, resulting in an ecosystem radically different from 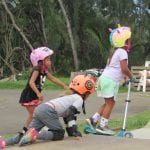 that of other places. Invasive species introduced by man present a problem to Kohala’s ecosystem, as they push native species out of their habitat. There are several initiatives to preserve Kohala’s ecosystem. The northern part of the island is named after the mountain, with two districts named North and South Kohala. King Kamehameha I, the first King of the Kingdom of Hawaii, was born in North Kohala, near Hawi. See Kamehameha.

In ancient Hawaii, Kohala was often ruled by an independent High Chief called the Aliʻi Nui. In modern times it is divided into two districts of Hawaii County: North Kohala and South Kohala. Locals commonly use the name Kohala to refer to the census-designated places of Halaʻula, Hāwī, and Kapaʻau collectively. The dry western shore is commonly known as the Kohala Coast, which has golf courses and seaside resorts.

Photographs of Kohala, North Kohala, and surrounding areas of the “Big Island” of Hawaii. We’d love to have any pics you may wish to share. All pictures will be considered to be in the Public Domain. Please contact island razor. Pictures of Kohala and photographs of the Kohala – North Kohala Area.

Photographs of the Big Island of Hawaii , Kohala, North Kohala

Pictures are free to use.Credit would be nice.