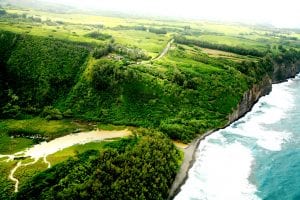 Pololu valley forms a deep cut in the side of Kohala Mountain, and is traversed in its entirety by Pololū stream. The upper (southern) end of the valley is located at the end of Akoni Pule Highway in North Kohala. (Highway 217) Hiking trails criss-cross the valley, and lead in and out. The valley is fronted on the ocean side by a beautiful black sand beach. A yellow sand dune protects verdant areas inland from the occasional fury of the ocean.

Pololū is the northernmost of a series of erosional valleys forming the east coast of Kohala Mountain on the Island of Hawaiʻi. The word pololū means “long spear” in the Hawaiian language. Wikipedia 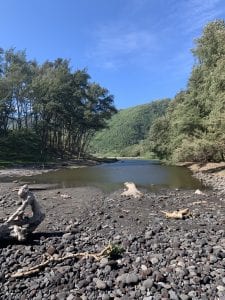 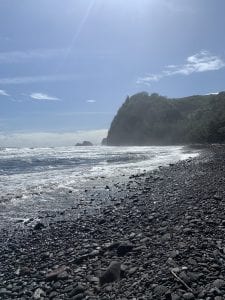 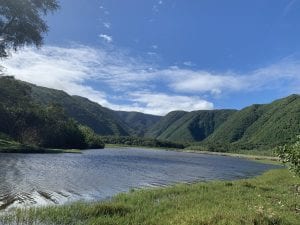 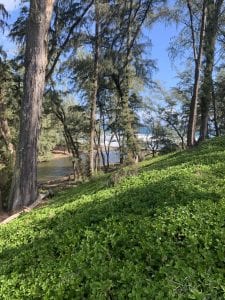 Kohala is the name of the northwest portion of the island of Hawaiʻi in the Hawaiian Archipelago. In ancient Hawaii it was often ruled by an independent High Chief called the Aliʻi Nui. In modern times it is divided into two districts of Hawaii County: North Kohala and South Kohala. Locals commonly use the name Kohala to refer to the census-designated places of Halaʻula, Hāwī, and Kapaʻau collectively. The dry western shore is commonly known as the Kohala Coast, which has golf courses and seaside resorts. 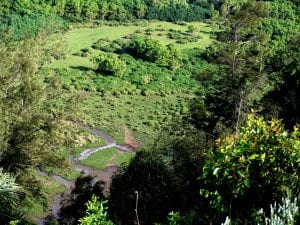